The Sun is Earth’s major source of energy, yet the planet only receives a small portion of its energy and the Sun is just an ordinary star. Many stars produce much more energy than the Sun. The energy source for all stars is nuclear fusion. 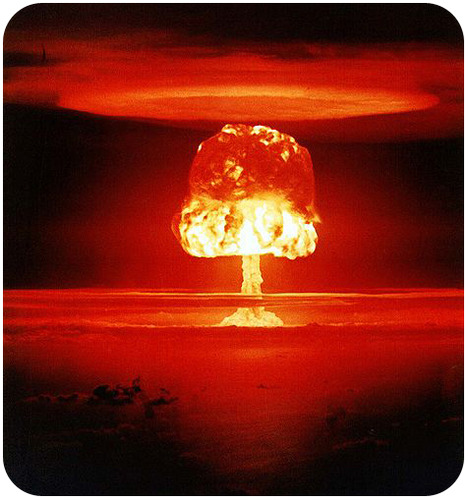 A thermonuclear bomb is an uncontrolled fusion reaction in which enormous amounts of energy are released.

In a star, the energy from fusion reactions in the core pushes outward to balance the inward pull of gravity. This energy moves outward through the layers of the star until it finally reaches the star’s outer surface. The outer layer of the star glows brightly, sending the energy out into space as electromagnetic radiation, including visible light, heat, ultraviolet light, and radio waves (Figure  below). 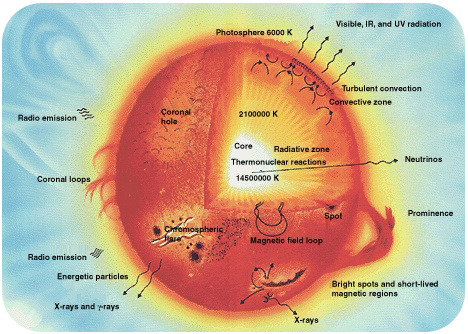 In particle accelerators, subatomic particles are propelled until they have attained almost the same amount of energy as found in the core of a star (Figure  below). When these particles collide head-on, new particles are created. This process simulates the nuclear fusion that takes place in the cores of stars. The process also simulates the conditions that allowed for the first helium atom to be produced from the collision of two hydrogen atoms in the first few minutes of the universe.

The CERN Particle Accelerator presented in this video is the world’s largest and most powerful particle accelerator and can boost subatomic particles to energy levels that simulate conditions in the stars and in the early history of the universe before stars formed (2e):http://www.youtube.com/watch?v=sxAxV7g3yf8 (6:16).

Nuclear Fusion by Tulsa Community College is licensed under a Creative Commons Attribution 4.0 International License, except where otherwise noted.