This lesson will discuss igneous rocks, how they form, how they are classified, and some of their common uses. Igneous rocks may or may not be found naturally where you live, but chances are that you have seen materials made from igneous rocks. One of the most common igneous rocks is granite (Figure 4.1). Granite is used extensively in building materials and making statues. Perhaps you have used a pumice stone to smooth your skin or to do jobs around the house. Pumice is another example of an igneous rock (Figure 4.2). Pumice is used to make stone-washed denim jeans! Pumice stones are put into giant washing machines with newly-manufactured jeans and tumbled around to give jeans that distinctive “stonewashed” look. You also probably use igneous rock when you brush your teeth every morning. Ground up pumice stone is sometimes added to toothpaste to act as an abrasive material that scrubs your teeth clean. 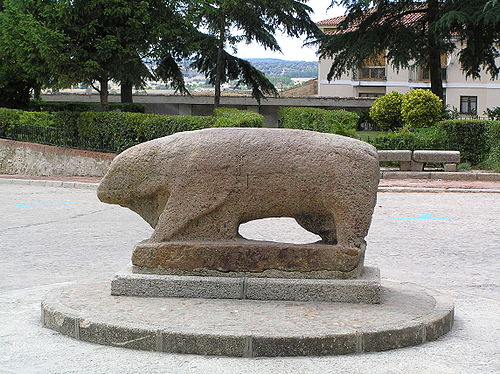 Figure 4.1: Granite is an igneous rock used commonly in statues and building materials. 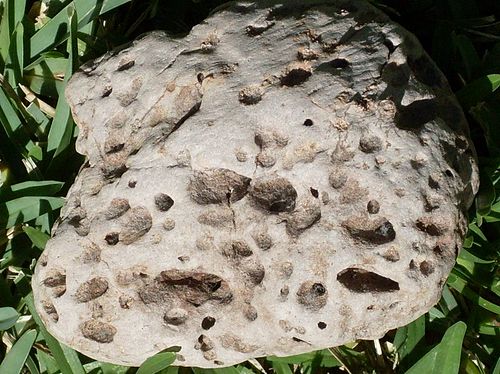 Igneous rocks form when molten material cools and hardens. They may form either below or above Earth’s surface. They make up most of the rocks on Earth. Most igneous rock is buried below the surface and covered with sedimentary rock, and so we do not often see just how much igneous rock there is on Earth. In some places, however, large areas of igneous rocks can be seen at Earth’s surface. Figure 4.3 shows a landscape in California’s Sierra Nevada that consists entirely of granite, an igneous rock. 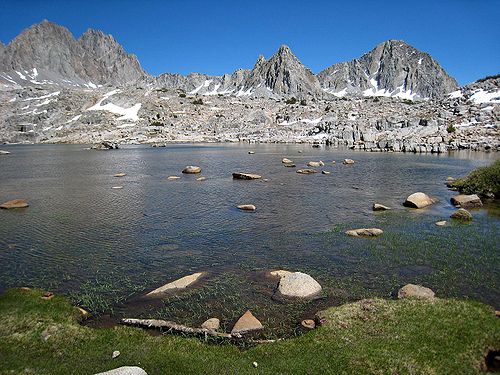 Figure 4.3: This landscape high in California’s Sierra Nevada is completely made up of granite exposed at Earth’s surface. 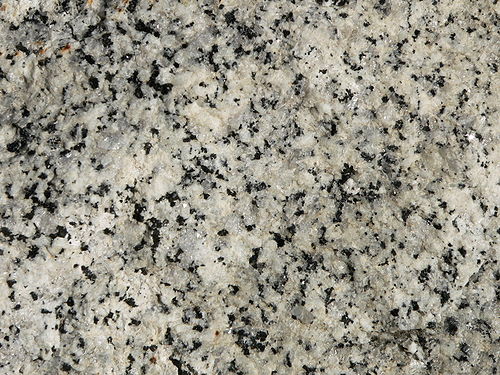 Figure 4.4: A close-up of a granite sample. Notice the black and white portions. Each color represents a different mineral in the rock. You can easily see the mineral crystals that make up this plutonic igneous rock.

Igneous rocks are called extrusive or volcanic when they form above the surface. They solidify after molten material pours out onto the surface through an opening such as a volcano (Figure 4.5). Extrusive or volcanic igneous rocks cool much more rapidly and therefore have smaller crystals. Since the rapid cooling time does not allow time for large crystals to form, minerals are not easy to see within the rock. Some volcanic igneous rocks cool so rapidly that crystals do not develop at all. These form a glass, such as obsidian. Others, such as pumice, contain holes where gas bubbles were trapped when the material was still hot and molten. The holes make pumice so light that it actually floats in water. The most common extrusive igneous rock is basalt, a rock that is especially common below the oceans (Figure 4.6). 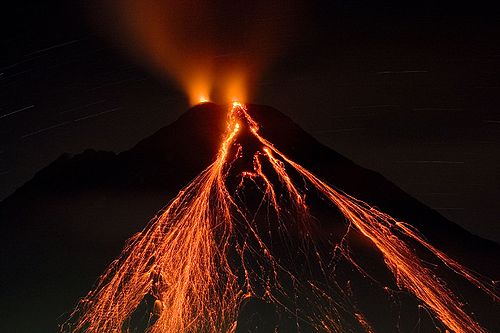 Figure 4.5: Extrusive or volcanic igneous rocks form after lava cools above the surface. 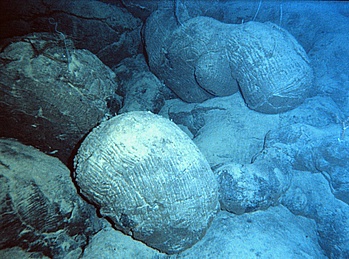 Figure 4.6: These are examples of basalt below the South Pacific Ocean. Basalt is an extrusive igneous rock common below the oceans, though it is also found in some places on continents.

Igneous rocks are classified according to how and where they formed (in other words, if they’re plutonic or volcanic) and their mineral composition (describing the minerals they contain). The mineral compositions of igneous rocks are usually described as being felsic, intermediate, mafic, or ultramafic (as examples, see Figure 4.7 and Figure 4.8). Felsic rocks are made of light-colored, low-density minerals such as quartz and feldspar. Mafic rocks are made of dark-colored, higher-density minerals such as olivine and pyroxene.Intermediate rocks have compositions between felsic and mafic. Ultramafic rocks contain more than 90% mafic minerals and have very few light, felsic minerals in them. Table 4.1 shows some common igneous rocks classified by mode of occurrence and mineral composition.

The rocks listed in the table above are the most common igneous rocks, but there are actually more than 700 different types of igneous rocks. Granite is perhaps the most useful one to humans. We use granite in many building materials and in art. As discussed in the introduction to this lesson, pumice is commonly used for abrasives. Peridotite is sometimes mined for peridot, a type of gemstone used in jewelry. Diorite is extremely hard and is commonly used for art. It was used extensively by ancient civilizations for vases and other decorative art work 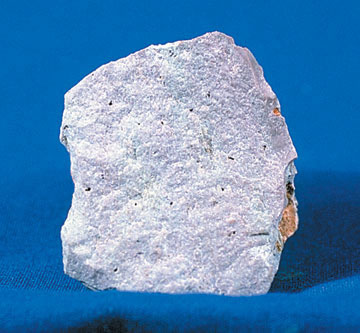 Figure 4.7: Rhyolite is an example of an extrusive or volcanic felsic rock. Notice its light color and small crystals. 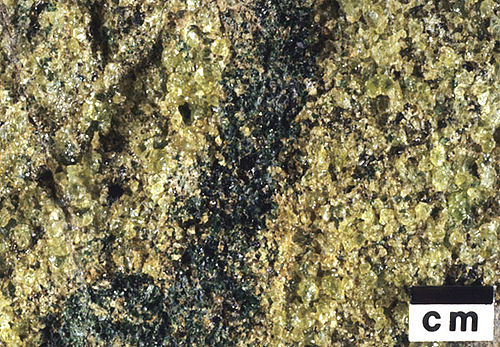 Figure 4.8: This is a close-up photograph of peridotite, an extrusive or volcanic ultramafic igneous rock. The green mineral is olivine.

Igneous Rocks by Tulsa Community College is licensed under a Creative Commons Attribution 4.0 International License, except where otherwise noted.