Introduction to Work and Energy

Work is the energy associated with the action of a force.

The work done on a system by a constant force is the product of the component of the force in the direction of motion times the distance through which the force acts. For one-way motion in one dimension, this is expressed in equation form as W=Fdcosθ, where W is work, F is the magnitude of the force on the system, d is the magnitude of the displacement of the system, and θ is the angle between the force vector F and the displacement vector d. 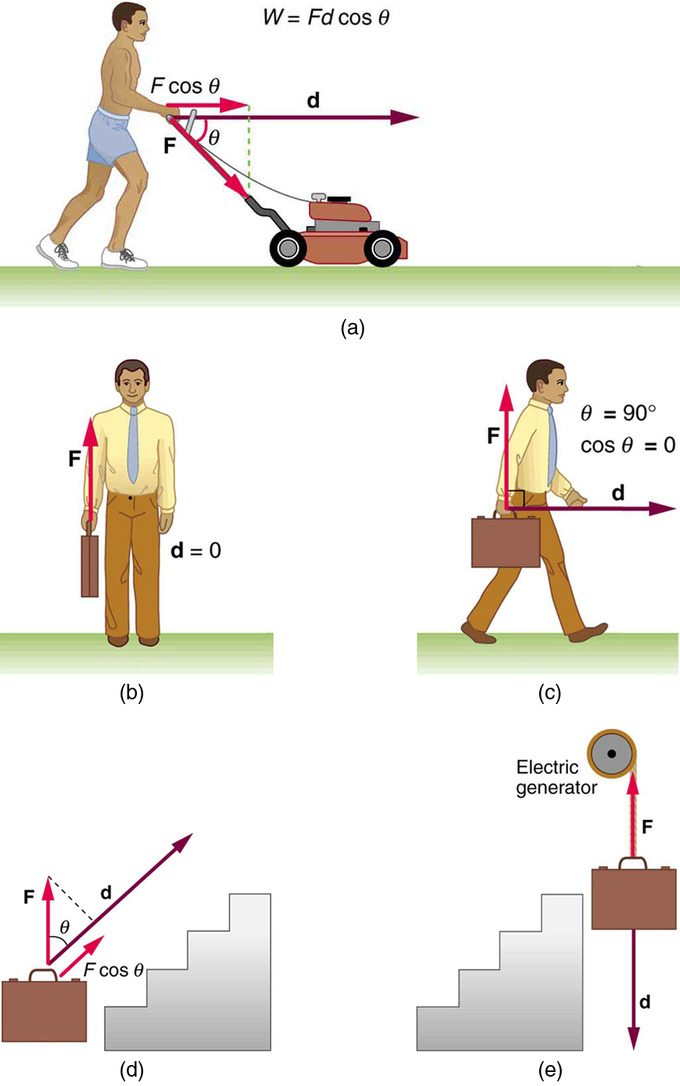 Examples of Work: This is how work in progress and energy co-exist and operate. Work is the energy associated with the action of a force.

For example, if a force of 10 newton (F = 10 N) acts along point that travels two meters (d = 2 m), then it does the work W = (10 N)(2 m) = 20 N m = 20 J. This is approximately the work done lifting a 1 kg weight from the ground to over a person’s head against the force of gravity. Notice that the work is doubled either by lifting twice the weight in the same distance or by lifting the same weight twice the distance.

Work is closely related to energy. The conservation of energy states that the change in total internal energy of a system equals the added heat minus the work performed by the system (see the first law of thermodynamics, and ):

Baseball Pitcher: A baseball pitcher does work on a baseball by throwing the ball at some force, F, over some distance d, which for the average baseball field, is about 60 feet.

Also, from Newton’s second law for rigid bodies, it can be shown that work on an object is equal to the change in kinetic energy of that object:

This shows that work is the energy associated with the action of a force, and so has the physical dimensions and units of energy.

Introduction by Tulsa Community College is licensed under a Creative Commons Attribution 4.0 International License, except where otherwise noted.