Biases aren’t wholly bad, and the flip side of a bias is a useful heuristic. Instead of thinking about biases and eliminating them, think about applying the right heuristics to the right sorts of problems, and organizing your environment in such a way that the heuristics don’t get hacked.
— Memorizing List of Cognitive Biases Won’t Help, Mike Caulfield

Probably all sources exhibit some bias, simply because it’s impossible for their authors to avoid letting their life experience and education have an effect on their decisions about what is relevant to put on the site and what to say about it.

But that kind of unavoidable bias is very different from a wholesale effort to shape the message so the site (or other source) amounts to a persuasive advertisement for something important to the author.

Even if the effort is not as strong as a wholesale effort, authors can find many—sometimes subtle—ways to shape communication until it loses its integrity. Such communication is too persuasive, meaning the author has sacrificed its value as information in order to persuade.

While sifting through all the web messages for the ones that suit your purpose, you’ll have to pay attention to both what’s on the sites and in your own mind. 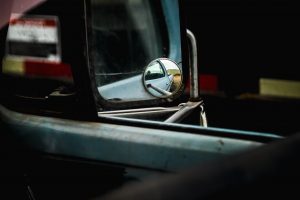 Review the website or other source and look for evidence that the site exhibits more or less bias. The factors below provide some clues.

The following sources are great examples of embedding references for all data shared. Take a look and see if you can spot 2 or 3 in each!

You’ll want to make a note of the source’s grade for bias so you can combine it later with the grades you give the other factors.

This section includes material from the source chapter, “Degree of Bias” by Teaching & Learning, Ohio State University Libraries, found in Choosing and Using Sources: A Guide to Academic Research, licensed as CC-BY 4.0, as well as the following:

Photo by Chandler Cruttenden on Unsplash.

Wendelboa, Aaron M., et al. “Is There Less Opioid Abuse in States Where Marijuana Has Been Decriminalized?” Journal of Patient-Centered Research and Reviews, 28 October 2019.